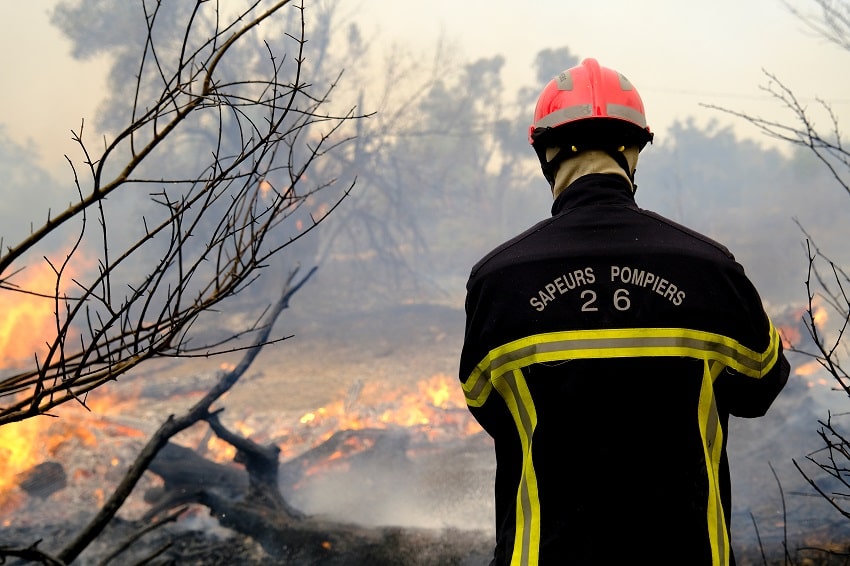 On July 23, 2022, after 11 days of fighting against the fire of Teste-de-Buch which burned 7 000 hectares, the fire was “fixed”. The fire near Landiras which burned nearly 13,800 hectares is no longer progressing but is considered “contained”

These fires forced the evacuation of more than 36,000 inhabitants and 6,500 people were able to return to their homes on July 22. The reintegration continued over the next few days.

According to the Prefect of Gironde, large land and air resources have been mobilised to fight these mega fires, a total of 1300 firefighters, 4 canadairs, 2 attack helicopters.

The origin of the fire in La Teste-de-Buch is not criminal. According to the public prosecutor’s office of Bordeaux, “a technical assistant from a campsite located in the area was heading towards the waste disposal site on 12 July with a Ford Transit vehicle equipped with a dumpster. A sudden breakdown affected the vehicle, the driver got out and noticed that flames were developing under the dumpster. He immediately alerted the fire department, but the fire was out of control and spread quickly. Although he had a fire extinguisher in his vehicle, the flames were too large and spread too quickly for him to put out the fire.

According to the public prosecutor, there is a criminal hypothesis behind the fire of Landiras. A 39-year-old man was even placed in police custody on July 18, under suspicion of having played a role in the origin of the fire. However, he was released two days later, on Wednesday, July 20, because “the expert reports, analyses of the elements collected and the hearings carried out” recognize him as innocent.

A new fire broke out in Gironde on Saturday August 6 in the morning, at the intersection of a forest track. All day the team of the Departmental Fire and Rescue Service fought hard to fight this new fire. According to the Gironde SDIS, 120 firefighters, 2 DASH and 1 water bomber helicopter are mobilized.

By 4 p.m., it burned at least 30 hectares and the fire was declared “fixed” around 9:30 p.m. In addition, due to the wind, the smoke from the fires rose to Paris affecting the quality of the air. Many internet users on twitter reacted to the grey sky and the burning smell they noticed that day.

Other fires incidents such as in Ardèche, Jura, Isère, Finistère or in the forest of Brocéliande (Morbihan, in Brittany) are more or less fixed.

Although a stormy turbulence is expected to take place from Sunday according to Météo France, it does not mean the end of the fires. On the contrary it could be the cause of other new fires.

The episodes of heat waves in France have played a very important role in the persistence of these fires.

President Emmanuel Macron has announced that France would receive help from European countries (Italy, Germany, Poland, Greece, Austria and Romania) to put out all these fires.

Perhaps it is time to realise the importance of climate change and to take necessary action for the best interest of our future and future generations.