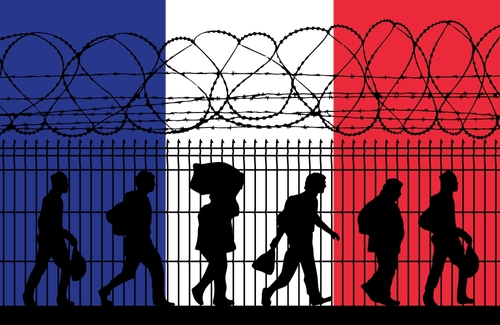 On 2 November 2022, the Home Minister Gérald Darmanin and the Labour Minister Olivier Dussopt outlined some important points of the future bill that will be examined by the Parliament from the beginning of 2023.

Gerald Darmanin described the new immigration bill as “mean to the bad guys, nice to the good guys”.

The stir created by the murder of the 12 year old girl Lola by an Algerian national against whom an order of “Obligation to leave French territory” (OQTF)* was issued earlier but not carried out, has further inflamed the debate on immigration. On 26 October, President Emmanuel Macron spoke on France 2 stating that “we have had too many arrivals in recent years”. Although he cautioned citizens from making generalisations and that he would “never make an existential link between immigration and security”, he nevertheless added that there is a high concentration of illegal immigration in Paris and that half of all crimes are committed by foreigners.

What should be retained from the law on immigration is to study each case individually in order to “better expel” and to monitor the OQTFs in a much harder and firmer manner. Thus, those who have an obligation to leave French territory in the future will be registered in the “File of wanted persons” (FPR)* and will be “monitored” by the prefectures. There will also be a simplification of procedures – four categories of appeal from twelve. The government’s target is to enforce OQTFs up to 50% by the end of 2023 and 100% by the end of Emmanuel Macron’s five-year term.

However, it will be difficult to enforce as consular passes must be obtained. It may seem according to the interior minister that life will be simpler for foreigners who do not disturb the peace and that multi-year residence permits will be automatically renewed. However, these multi-annual residence permits will only be given on the condition of mastering the French language and passing a French exam.
In this way, the state is trying to further regulate family reunification which is another form of immigration.

The Labour Minister Olivier Dussopt also stated that in future the administrative work permit will have to be requested by the employee in an irregular situation and not by the employer as is currently the case. Moreover, this new law on immigration aims to facilitate the professional integration of immigrant workers. Indeed, the unemployment rate is highest among foreigners. According to Olivier Dussopt, work should be the means of integration and emancipation. For example, he wants to put an end to the (long) waiting periods preventing asylum seekers from working during the first six months in France.

In addition, the Labour Minister also wants to introduce residence permits for “high pressure jobs” in sectors that have difficulty recruiting. There is a real imbalance between supply and demand for certain jobs. In 2022, many sectors were affected by a shortage of applicants.

In a survey published by the Employment Office (Pôle Emploi) entitled “Besoin de main d’oeuvre 2022” in April 2022, 10 occupations were selected as being the most difficult to recruit for, such as pharmacists, home helpers, plumbers, heating engineers and public transport drivers on the road. Of the 5,000 planned recruitments, 58% are considered difficult by the companies. Each year Pôle Emploi sends a questionnaire to companies to find out their recruitment needs by sector. This is essential to know the labour market.

This proposal has provoked other debates, according to Marine Le Pen it is “a wave of regularisation of illegals “. As for the Republican parliamentarians Eric Ciotti and Aurélien Pradié, it would be “a wave of massive regularisation. The president of the group in the Senate, Bruno Retailleau, writes “a call to the migratory air!”

The Home Minister, therefore, explained that there would be no mass regularisation since it would be “case by case” and “a chosen regularisation” for a few thousand people and that the LR could even propose a quota later on.