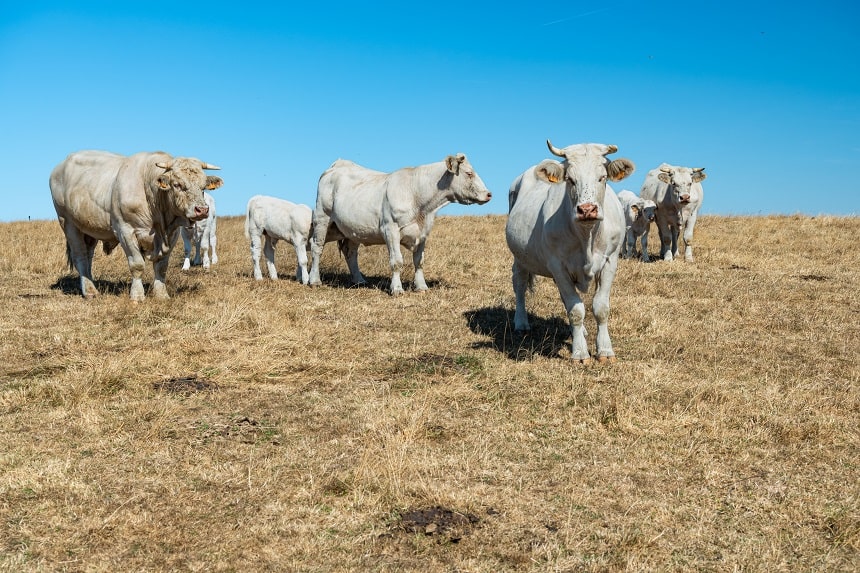 The drought is hitting the country, almost the entire country is under drought alert, including 22 departments which are under reinforced alert and 68 others in crisis.

France has not experienced such a drought according to Météo France from records dating back to 1959. July was the driest month on record.

Although thunderstorms are expected on Sunday, August 14, according to Geological and Mining Research Office (BRGM), they are unlikely to penetrate deeply.

This situation of drought concerns almost all the groundwater reserves of the country. It is apparently due to a recharge in water “lower than normal” during the summer and the heat that rages in France and the world.

This dry climate and the lack of water put farmers in difficulty, especially breeders. The heat burns the crops, the animals are hungry but there is scarcity of grass for grazing nor enough water to drink. Breeders are forced to use their winter provisions to feed their animals.

In the case of cows, not only is there an impact on milk production due to the heat, but also on their survival. Farmers try their best to relieve suffering of the livestock by watering them. They do the same for the poultry.