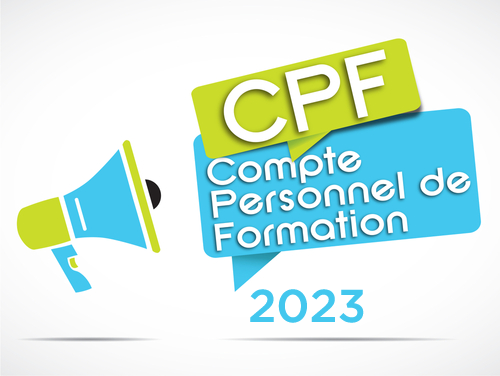 As part of the Finance Bill 2023, an amendment concerning the Personal Training Account (CPF) is proposed on December 11, 2022 by the government in application of Article 49.3 of the Constitution. The purpose of the latter is to set up a “co-payment” system which will introduce financial responsibility of the participants of the training courses eligible for funding by CPF as well as the skills assessments or the validations of acquired experience ( VAE).

The CPF has replaced the individual right to training (DIF) and allows throughout working life upon entry into the labor market and during periods of unemployment, to follow training from accumulated rights. Until now, the costs were fully covered by the CPF.

Since its inception, there have been 5 million registrations for training courses, incurring a total cost of 6.7 billion euros. The rapid success has contributed to increasing the deficit of France Competences, the body that coordinates both the CPF and the apprenticeship and the emergence of numerous cases of fraud.

Only the unemployed and those whose employers will agree to cover the costs will be exempted.

However, this amendment is much debated. According to the entourage of the Prime Minister, Elisabeth Borne, it will only be applied from the second quarter of 2023.